The Man Who Started It All: Frank J. Farina, Jr. 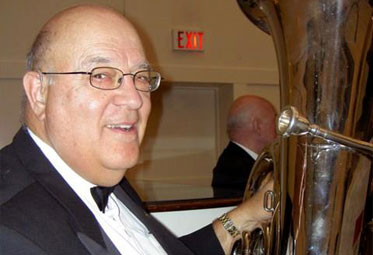 Frank graduated from Indiana University of Pennsylvania with a degree in music to continue on at Duquesne University for his Masters degree. His 38 year career as a music educator included many schools in the Pittsburgh area, including Millvale, Canevin, the Director of Music for the Diocese of Pittsburgh Catholic Schools, and finally settling in at North Allegheny for 26 years as the Chairman of the Music Department and Director of Bands, including “The Marching 300.” After NA, he was the Director of Sales and Marketing for the North Central Region of Coach USA.

His storied career included many college bowl appearances, including the prestigious Rose Bowl in California. He brought student musicians from across the country together to perform throughout Europe with The American Youth Symphony and Chorus. He chaired many boards including the Pennsylvania Music Educators Association and Mid-East. He co-founded the now-named Pittsburgh Philharmonic and co-founded, was President, and performed with the Allegheny Brass Band. His honors include, “Man of the Year” from the local American Legion, selected to “Who’s Who Among American Teachers,” recipient of the Outstanding Bandmaster Award by Phi Beta Mu, and the John Philip Sousa Foundation “Legion of Honor.”

Frank was an accomplished entrepreneur who owned and managed numerous rental properties across Northern Pittsburgh. He was also a 4th Degree Knight of Columbus – St. Teresa of Avila Church. Frank was honored in 2012 by the Town of McCandless proclaiming the Frank J. Farina Car Cruise. In 2013 The North Allegheny Music Department honored him by composing, commissioning and performing the concert piece titled: A Joy That Now Is Told. Frank had a deep passion for teaching, music, and his family. He was a gentle, but strong man who never hesitated to listen and give a hug, or kind word. His passion for family was only rivaled by his deep faith and love for the Lord. His legacy will live on through the thousands of young people he touched through music, his dear friends, and loving family.

Frank’s outlook on life was a specific mindset. “ATTITUDE, ATTITUDE, ATTITUDE.” He spread this message by not only his actions and words but by wearing the little pin that you see in the photo. But what did he mean by “ATTITUDE”?

Frank Farina made his success by having not just any attitude, but a great ATTITUDE. People remembered him for always being optimistic and enthusiastic. A larger-than-life kind of man. He instilled this spirit in his students to have a great outlook in order to succeed in band, orchestra, or even teach. You have to have the right perspective. He felt this applied not only in school but throughout life in general. It can be very competitive and difficult to stand out. Remember, that anyone can have skill, but not everyone has a determined, positive ATTITUDE. Being ambitious and hard working will give you that edge over the others that you need.

Farina Foundation scholarships go to students who show us, not only their skills, but their ATTITUDE as well.

Through the Farina Foundation the legacy of Frank J. Farina, Jr. lives on by continuing his vision of making sure every child has the opportunity to learn and play an instrument regardless of ability, social and personal challenges. Through the Play It Forward Program Frank’s legacy is honored by celebrating youth who not only show musical aspirations and passion but also their ATTITUDE.

Your generous support allows us to continue to empower youth with the opportunity to pursue their musical dreams and passions.
Donate
Get Involved